Inman News recently identified the 10 most popular areas in the U.S. for foreign home buyers.

The reports centers on a growing number of foreign investors that are seizing the opportunity to purchase U.S. homes at bargain prices.

Not all U.S. markets are universally appealing to out-of-country investors and international home buying activity is largely concentrated in a few areas of the country.

The majority of the markets, if not all, are recognizable as tourist destinations. Six of the 10 areas are in Florida; three are in the West (Arizona, Hawaii and Nevada); and one is in the Northeast (New York).

Prominently noted in the report is the metro area of Cape Coral-Fort Myers (Lee County). The area had the second-largest share of homes sold to a buyer with a foreign mailing address in the public record between May 2011 and January 2012, at 8.5 percent, according to DataQuick.

While Canada accounts for about two-thirds of foreign-buyer activity in the area among those who use non-U.S. home addresses, Germany follows at 9 percent, and the U.K. at 4 percent. 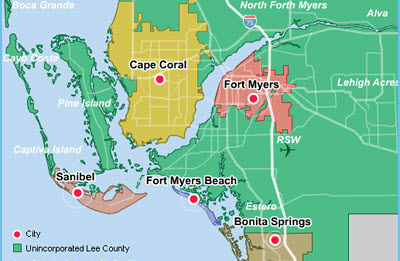 Cape Coral-Fort Myers accounted for 8 percent of international sales in Florida in the 12 months through June 2011, according to NAR’s 2011 Profile of International Home buyers in Florida. Cape Coral was the ninth most popular U.S. city among international house hunters on Trulia in 2011.