SUP is an acronym that stands for “standup paddleboarding” and it is taking the water sports world by storm. While SUP might not be the most popular (yet) it certainly is the fastest growing.

SUP, is a surface water sport where the surfer uses a paddle to move through the water while standing on a surfboard. Stand up paddleboards are basically extra long and buoyant surfboards that you use a long single bladed paddle to propel forward and maneuver. 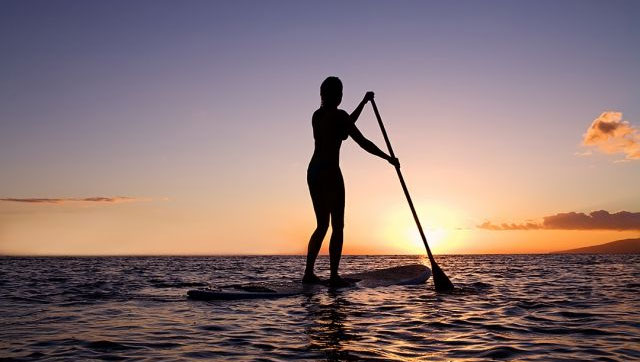 SUP has its roots where all board sports have their beginnings, in Hawaii. Known as Hoe he’e nalu, standup paddle surfing actually has ancient roots but became popular in modern times among surf instructors and photographers trying to get a higher vantage point than the surface of the water.

One of the advantages of SUP is the angle of visibility. Unlike sitting in a kayak or canoe, SUP allows a paddler to see everything beneath them, from dolphins and manatees to fish, horseshoe crabs, stingrays and even beautiful jellyfish. There is a whole world of life below you that you just can’t see from a seated position.

Southwest Florida has a number of SUP companies where you can mingle with dolphins on a paddleboard while touring a few little-known, secluded mangrove estuaries.

While it is difficult to measure the level of participation in outdoor sports, kayaking has long been considered the fastest growing water sport of the 1990s and early 2000s. It’s also safe to say that paddling kayaks has gone from the fastest growing to the most popular.

And now it looks like the sport of kayaking will have to relinquish at least one of those titles. Standup paddleboarding is quickly becoming the water sport of choice and while SUP might not be the most popular (yet) it certainly is the fastest growing.