A recent article from Inman News® notes that vacation-home sales are on the rise and 70 percent of purchasers intend to rent out vacation homes to friends, family and travelers, according to a survey by the National Association of Realtors.

While recreation home sales were up 7 percent in 2011 from the year before, the median sales price dropped 19 percent to its lowest point in four years.
Of the 70 percent who said they intended to rent out their properties, 39 percent said they planned to use the rental income to help cover mortgage, taxes, insurance and other costs, while 14 percent stated they purchased the property to make a profit.

According to Radius Global Market Research, 3.3 million vacation property owners in the U.S. choose to rent out their homes, condos and apartments as the rental industry generated more than $85 billion in rental income during 2010 in the U.S. and Europe. 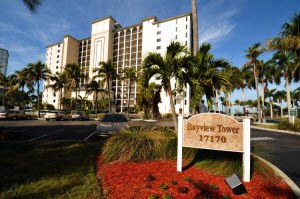 More and more, families and groups have just begun to discover the value proposition that renting a home holds over renting a hotel room, as people not only appreciate the space but also the ability to use a kitchen and laundry services.

According to HomeAway, the parent company of VRBO and dozens of other international websites, their revenue increased37.1 percent to $330.2 million last year, up from $167.9 million in 2010.

According to the National Association of Realtors, there are approximately 7.7 million recreational properties in the U.S. Of the second-home owners who bought in 2011, approximately 33 percent of those surveyed by NAR said that they purchased solely for personal use, less than half of the number found a decade ago.

According to a survey by HomeAway, 51 percent of its owners who financed their vacation home were able to cover more than 75 percent of their mortgage by renting it to travelers. In addition, owners averaged 19 rental weeks a year, generating more than $28,000 in annual rental income.