According to data released by the state’s tourism promotions entity VisitFlorida.com, Florida’s tourism industry remains on track for another record-breaking year. 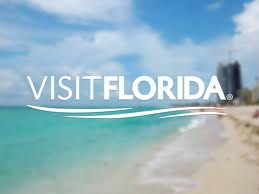 The Sunshine State hosted nearly 22 million visitors during the third quarter, an increase of 3.5 percent when compared with the same three-month period in 2011.

Domestic travelers accounted for 18.9 million of that, a 3.2 percent increase from a year before.

There was a larger percentage increase in the number of Canadians who came to Florida, at 4 percent, while the number of international travelers rose 5.5 percent.
Direct travel-related employment rose 1.5 percent to 1,020,200, meaning the addition of 15,000.

Tourism and recreation taxable sales from January through August 2012, the last reported month, were $49 billion. That was increase of 7.5 percent from the same period in 2011.

The average daily room rate rose 3.3 percent, while hotels and motels also were able to fill more rooms. The occupancy rate statewide rose 1.7 percentage points during the third quarter when compared with the same three-month period in 2011.