Southwest Florida and the state overall posted a second consecutive year of record tourism in 2012, the result of economic improvements nationally and gains in consumer confidence.

The biggest increases last year were in visitor spending and the number of international visitors who came.

Statewide, tourism and recreation-related taxable sales rose nearly 7 percent in 2012 and increased each month from January through November, according to the most recent statewide data available.

Visit Florida, the state’s tourism bureau, reported that the state had an estimated 89.3 million visitors last year, the second year in a row that the numbers have shattered previous marks.

Tourism is critical to Florida because it is the state’s biggest industry, accounting for more than $70 billion in spending annually.

According to preliminary data from Smith Travel Research, Florida outpaced the nation in growth of its market share.

At least part of that surge was the result of foreign — and especially Canadian — travel, Visit Florida noted. 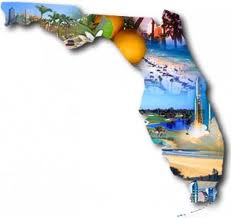 The agency estimated that a record 10.2 million overseas visitors — along with 3.6 million Canadians who spent an estimated $4.5 billion — came to Florida in 2012, both record highs. That represented a 9 percent and 7.3 percent increase, respectively.

The State surpassed 10 million overseas visitors for the first time ever.

In Southwest Florida, international travel boomed in 2012 and that trend is expected to continue this year.

Average daily revenue per room spiked 7.6 percent in Florida during 2012 when compared with 2011. By comparison, nationwide the gain was 7.3 percent.

In Lee County total airport passengers actually dropped 2.48 from 2011, however the number of visitors jumped 2.15%.