A recent article in Gulf & Main magazine  extols the virtues of the new JetBlue Park that opened in Fort Myers just prior to the 2012 Spring Training season of the Boston Red Sox. 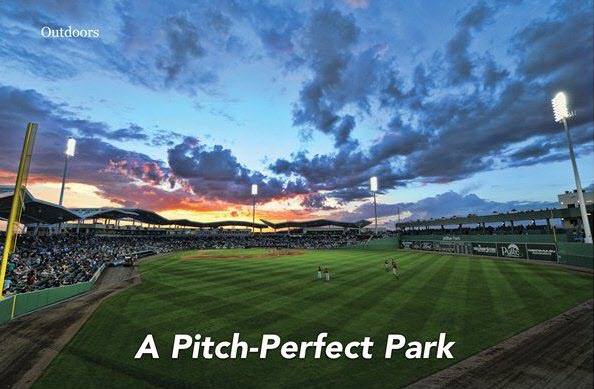 The article notes the key element of the design of the new ball field, which takes many of its interior characteristics from the beloved Fenway Park in Boston.

A new “Green Monster” defines the back edge of left field with its dimensions and color nearly identical to the legendary wall in Boston.

The Monster evens holds a restored manual scoreboard that served at Fenway for nearly three decades. 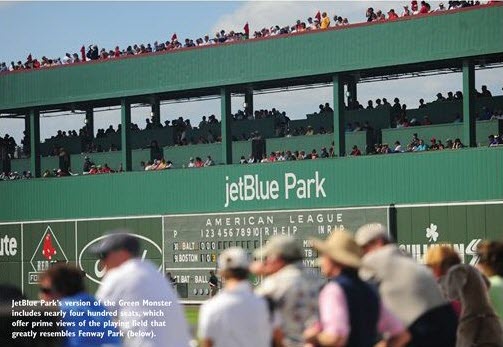 For the Red Sox, the park is just on part of a massive training campus as Fenway South as its is known in this part of Florida includes six practice fields as well as medical and training facilities on a 126-acre site that serves the franchise’s major- and minor-league teams.

The filed itself features the same playing-filed dimensions as Fenway Park, designed to prepare new players for the field in Boston, one of the most unusual in the major leagues.

Groundbreaking for the new field occurred on March 4, 2011 and the complex was finished in less than one calendar year.

The economic impact of the team is significant.  It is estimated that 67% of those attending the games during spring training came to the area for spring training and spent nearly $24 million each year.