A recent National Association of Realtors study estimated that foreigners and immigrants who’ve lived here less than two years spent $82.5 billion on U.S. homes in the 12 months ended March 31. That’s about 9% of the total paid for all U.S. housing purchases during the period.

The NAR study found that foreigners spent more on average — $400,000 per property vs. $252,000 for the overall market — and paid cash for homes 62% of the time instead of taking out mortgages.
Foreigners and recent immigrants are diving into U.S. real estate because buyers consider housing here a good investment and see America as a safe haven for assets.

Many also need a place here for business trips, vacations or retirement or expect their children to study at U.S. colleges and need housing.

Additionally, some foreigners buy property in conjunction with buying U.S. businesses. Under the EB-5 program anyone who invests $1 million in a U.S. company and creates 10 jobs can qualify for an “EB-5” visa and eventual citizenship. (The requirement drops to $500,000 if you invest in a depressed U.S. locale.)

NAR found that Mexicans accounted for 8% of all sales to foreigners and recent immigrants during the 12-month period studied. 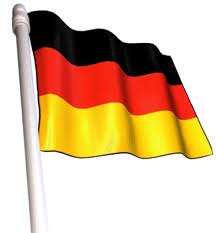 For instance, the NAR found that lots of Germans have bought property in southwest Florida, while many Canadians gravitate toward Arizona