More than the Red Sox

From a recent article in Boston.com.  They turned to a resident expert from the Fort Myers News-Press to provide the following insider facts:

Fort Myers was the site of the southernmost battle of the Civil War. Not a whole lot happened. The fort itself was built by the US Army to help fend off Seminole Indians, led by a chief named Billy Bowlegs. More Civil War trivia: The county is named for Robert E. Lee, and a gigantic framed portrait of the Confederate general looms over the county commission chambers.

Legend has it that one of the first European babies born here was to Captain Winfield Scott Hancock, later a general and Union hero at Gettysburg. (One of the main roads in town is called Hancock Bridge Parkway). Hancock was the Democratic nominee for president in 1880, putting up only a slightly weaker candidacy than Paul Tsongas, Michael Dukakis, John Kerry, Ted Kennedy, and Mitt Romney.

In 2005, Hurricane Wilma ripped through southern Fort Myers. Wilma, measured at 882 millibars of pressure, is still the most intense Atlantic hurricane on record – stronger even than hurricanes Katrina or Rita. 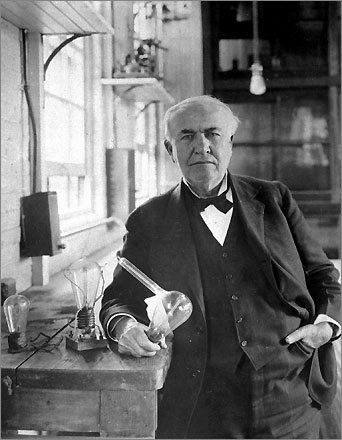 Fort Myers claims to be home of the biggest nighttime parade in the world, the Edison Festival of Light parade. It honors Thomas Edison, the inventor who, with Henry Ford and Harvey Firestone, made Fort Myers his winter home.

5. Is this downtown dead?
Cinematically, yes. In the movie “Day of the Dead,” there is a scene of an abandoned city. That was filmed in downtown Fort Myers.

6. Fountain of Youth? Not for Ponce!

Some historians believe that Ponce de Leon, the Spanish explorer who was hunting for the Fountain of Youth, made a landing on his last expedition in what is now Cape Coral – the city next to Fort Myers. While exploring the Caloosahatchee, Calusa Indians attacked his party. He was hit by a poison arrow. He fled to Havana, where he died from his wounds. 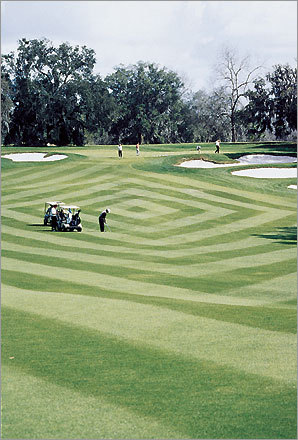 A few years back, the Fort Myers area was said to have more golf holes per capita than anywhere else in the United States. And, sigh, the weather for it.

8. Agitated or incarcerated, we love you, Mindy!

Yes, “The E! Hollywood Story” could make an appeance in North Fort Myers. That’s the home of country singer Mindy McCready, who’s been in and out of jail since her No. 1 country hit in 1996, “Guys Do It All the Time.”

Every baseball team that has used Fort Myers as a spring training home has won the World Series while training there. This includes the 1929 and 1930 Philadelphia A’s, 1960 Pittsburgh Pirates, the 1985 Kansas City Royals, and the 1987 and 1991 Minnesota Twins. Oh, we almost forgot, a certain New England team in 2004 and 2007.